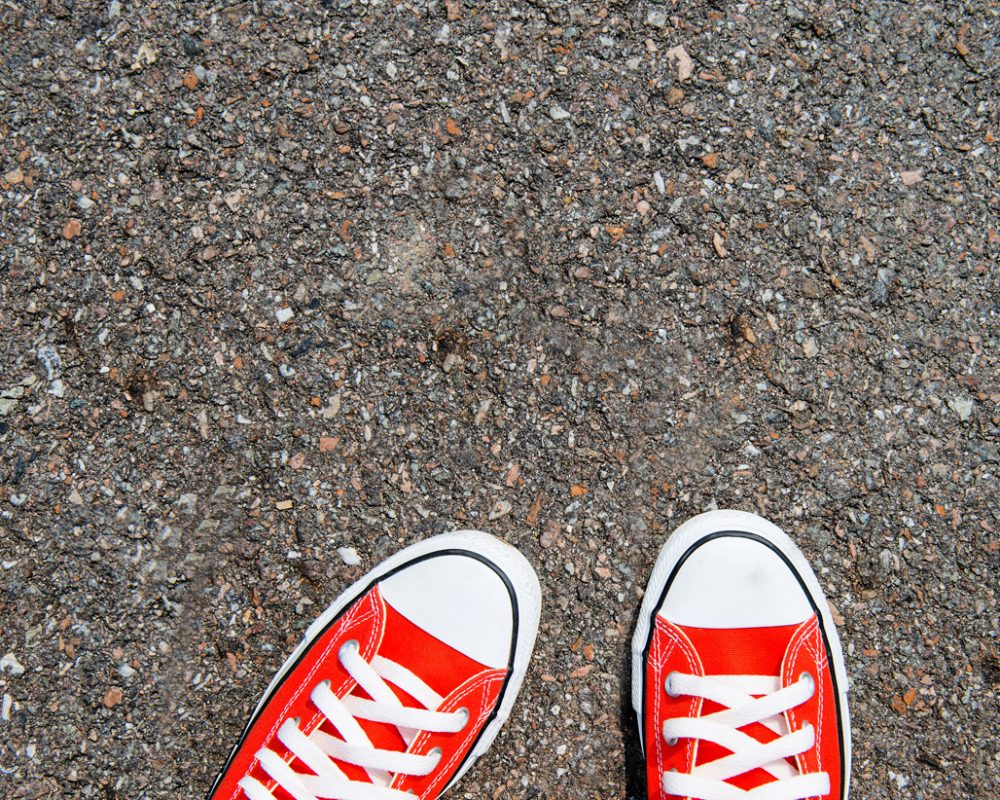 I got hit by a car when I was about twelve years old.

I wish there were a good story about how it happened. But the truth is, I was on my bike and jumped the curb into the street and SMACK!

It took me a second to shake it off and pick myself up off of the street. Except that every time I took a step forward, I fell back down again. By the third time, I looked down only to see that my left leg was in the shape of a letter “P.” Assuming it was scribbled by a child with atrocious handwriting using their non-dominant hand.

I waited for about fifteen minutes for the ambulance to show up. I asked if my leg was broken, and with a straight face, they told me they couldn’t tell. They lied.

Anyway, without getting all doctor-y on you, my leg was completely broken in half.

I was wheeled into a small room where the doctor attempted to set my leg by having me sit on the table with both legs dangling off the edge.

Keep in mind that my left leg was completely broken in half. So, can you guess what happened?

My left leg was about 6 inches longer than my right leg. And that was painful enough for me to use my right leg to kick the doctor in the face several times while he was kneeling in front of me, trying to set my leg.

When he was done, he wrapped my leg in plaster and sent me off to get another set of x-rays.

He screwed up. It wasn’t set right.

Now, I’m sure you are thinking that it was not set right because he was attempting to do this while getting kicked in the face repeatedly. And under normal circumstances, I would have to agree with you. But not this time.

I was back on the table. Only this time, I was lying down. And the last thing I remember was the doctor breaking out the electric saw and screaming that I didn’t want him to cut off my leg.

They knocked me out.

When I awoke, I was in a plaster cast from my toes to my hip, and there was a rental wheelchair next to my bed.

Fast forward a month or two, and I was in the waiting room of my new doctor. Something didn’t seem right with the first guy, so we decided to move on.

The second I rolled into his office, he looked at me kind of funny and brought me right into the x-ray room. A few minutes later, we looked at my leg hung up on the wall and lit up from behind.

My leg had been put on wrong.

You read that right. The previous doctor had put my leg on wrong. It was set at a fifteen-degree angle, with my foot pointing inwards.

Looking back now, it seems pretty obvious. Chaulk it up to there being no WebMD back then, I suppose.

I had two choices.

The first was to rebreak my leg and start all over again. To a twelve-year-old, that seemed like a horrible idea.

The second was to “fix it once it is healed and the cast is off.”

My parents asked me which one I preferred. Not the decision you want to put in the hands of a twelve-year-old kid, but sure. Why not.

I decided that we should fix it once the cast is removed and the bone is completely healed.

A few months later, my leg was healed, and the cast was removed. I stood up, and there was no missing it. From the knee down, it looked like I was walking northwest.

Luckily my doctor had a plan so I could avoid looking like an idiot.

I figured it would be some kind of exercise I would have to do when I got up in the morning or a brace that I would need to wear at night.

The solution was to wear my sneakers on opposite feet for one year.

The solution was to wear my sneakers on opposite feet for one year.

At this point, it occurred to me that I probably should have asked the doctor what “we’ll fix it once it is healed and the cast is off” consisted of.

Apparently, when you wear your shoes on the opposite feet, it forces your feet to point outwards.

But more importantly, did it work?

Maybe a little, but I’m not so sure it was worth it. I mean, the kids in my school used to quack like a duck whenever I walked past them in the hallway!

A few years ago, I thought about getting it fixed. I got tired of people asking me about it. Or pointing it out when I walk down the stairs.

I look insane when walking down the stairs.

But I decided not to.

You would think that it’s because I wouldn’t want someone to rebreak my leg. And while that’s about as good of a reason as any, it’s not the truth.

The truth is that it’s just too good of a story to ruin it by having my leg put back on the right way.

See what I do for you people?